This game was part of a group of educational activities about classic music that took place at SESC Carmo – SP. The challenge was to create some multimedia piece, which could present particular authors.

The final result was an adaptation of the game Auditorium, transported to an installation size. Then we had a puzzle game, developed with Processing/ReactVision, and projections. 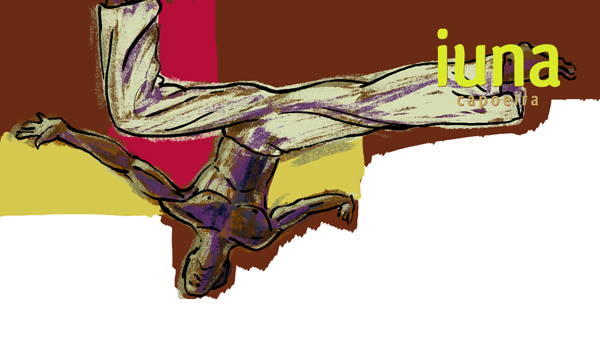 A project based in Brazilian Capoeira. 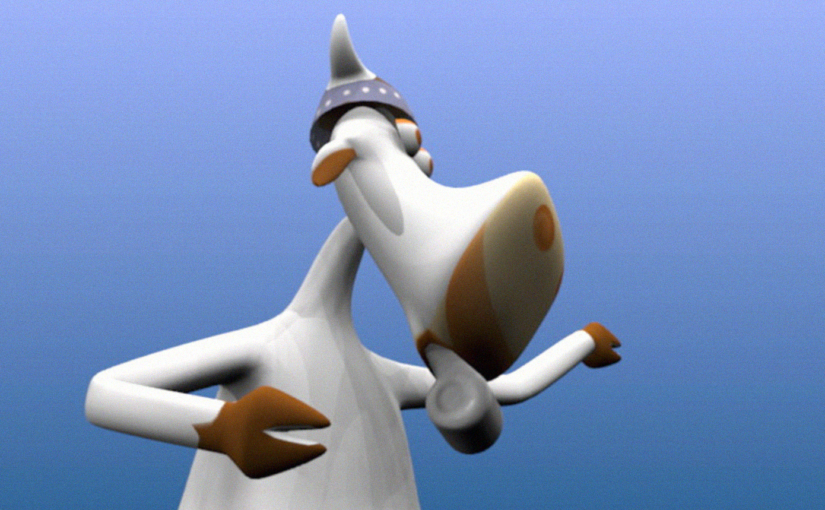 Detect collisions between objects is crucial to any game.
The game engines, always have some collision detection mechanism, and this topic is important to take in account before choose the game engine for your project.

The basic points to watch carefully are:
– How to set the collision detection;
– which basic geometric forms available for colliders(spheres, cudes, planes …) are available;
– If the game engine, support 3D mesh collisions.

When collision are detect, in general, event messages are sent through the system. And those event must be “captured” by some game object, in order to execute game routines, that will provide the game dynamics.

For these tutorial, create a scene, as shown in the image bellow: 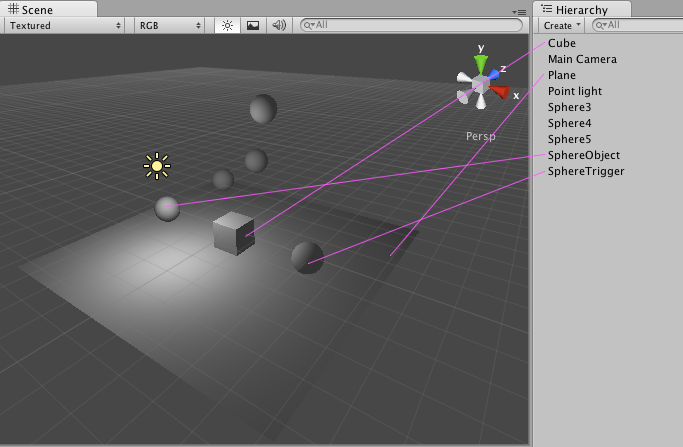 Attention: In this tutorial I will use the names for the game objects, as the image indicates.

On Unity3D, collision detections are performed by the physics engine, so, the elements for setup your collision can be found in the Componet >> Physics menu, which are Colliders and Rigidbody.

Let’s configure the basic elements to the game objects:
Object SphereTrigger:
– check if it has the component SphereCollider, if positive, check the trigger option. If the sphereCollider is not present, you must include it. go to menu Component >> Physics >> Sphere Collider. Than, check it as trigger.

Object Cube:
– Check if it has the Box Collider component, and the “is Trigger” option, unchecked.
– Add the Rigidbody component. To add the rigidbody, go to menu Component >> Physics >> Rigidbody. And check the option “Is Kinematic” – that will allow us to move the object without physics simulations.
– Add the BasicInputHandlerCube script (shown in the user input tutorial).
– Add the BasicCollisionHandlerCube script that you can see bellow:

What do you do with the other spheres?? Have fun!! Set their properties as you want, check how they behave in collisions, try to experiment some scripts… explore!!

There are two possible ways to send event messages through game objects on Unity3D: 1 – Send messages to linked objects; 2 – Search for objects on scene, and execute components functions.

Messages
First, let’s see the how to send messagens to linked objects, using Send Message, BroadcastMessage, and SendMessageUpwards.
You shall create a scene with basic elements as described in the image bellow: 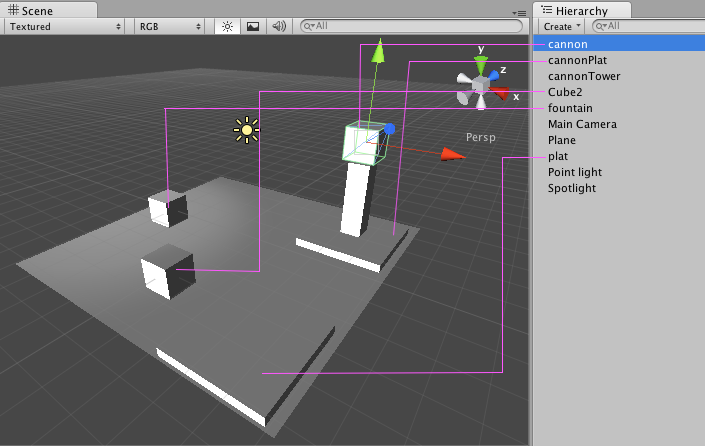 Attention: Use cube elements as shown in the image, use the same names. The fountain, and cannon objects, must have a EllipsoidParticleEmitter, a ParticleRender and a ParticleAnimator, set them as you want.
Attention 2.: In object Cube2, add the BasicInputHandler script, we explored in User Input tutorial.

SendMessage
The method SendMessage will execute a certain function, in any object componen which has the function.

Preparation: In fountain object, set it’s BoxCollider Component as a trigger. Create these two scripts, and drag them to the fountain gameObject.

The SendSimpleMessageScript will detect collisions, and send the message “TurnFountainOn”, along with the boolean value true or false.
the FountainScript, has the function TurnFountainOn, which will turn the particles on, according the argument recieved:true or false.
See the docs here.

BroadcastMessage
The Method BroadcastMessage will do the same job as SendMessage, but with the possibility to send the message to other game object, as far as they are perental linked, the messages are send to the sender’s children objects.

As soon as the SendSimpleMessageScript detect collisons, it broadcasts the message TurnFountainOn, to all it’s children objects, and the ones who have the TurnFountaiOn function, can perform actions.

Find Component
Any gameObject on Unity3D can execute the function Find, that will search for gameObjects over the scene. From this search, it´s possible to call for functions on the gameObject found.

Preparation: Set the plat’s BoxCollider as a trigger. Make the FountainScript a component of cannon object.

Make the FindBehaviorScript, component of plat object.
Just like the previous scripts, this script will detect collisions, and than search for the cannon and fountain objects. When the object is located, we can access it’s components, and execute their functions.
See the docs for this procedures.

The main subject in this class is the state machine available in Blender game engine. Other subjects are:

In this videos (portuguese only), we begin a pratical usage of Python scripts controlling BlenderGE API itens.